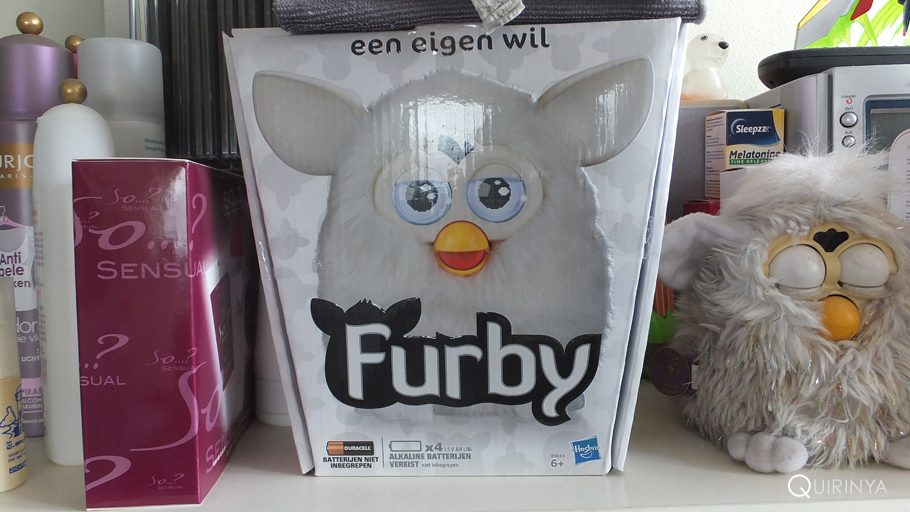 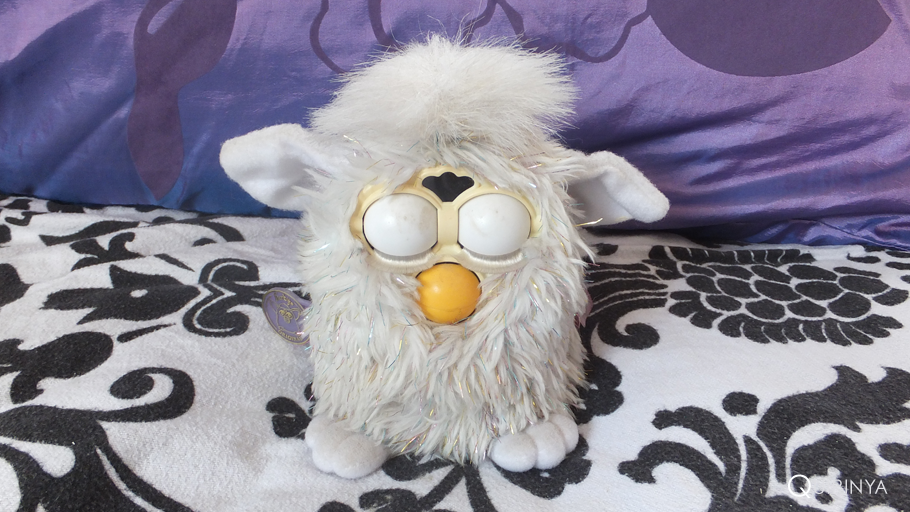 My sweet old white Furby with extra sparkly fur... After all these years I still have him. I got him with sinterklaas (saint Nick) in 6th grade (5th of December 2000). Technically speaking this has been my second Furby, but that's only because my very first Furby (fully white) broke within the first week and got replaced instantly. I named this first (ok, ok! Second) Furby Coco, because it kept yelling "Coco!". Little did I know it meant food in "Furbish". 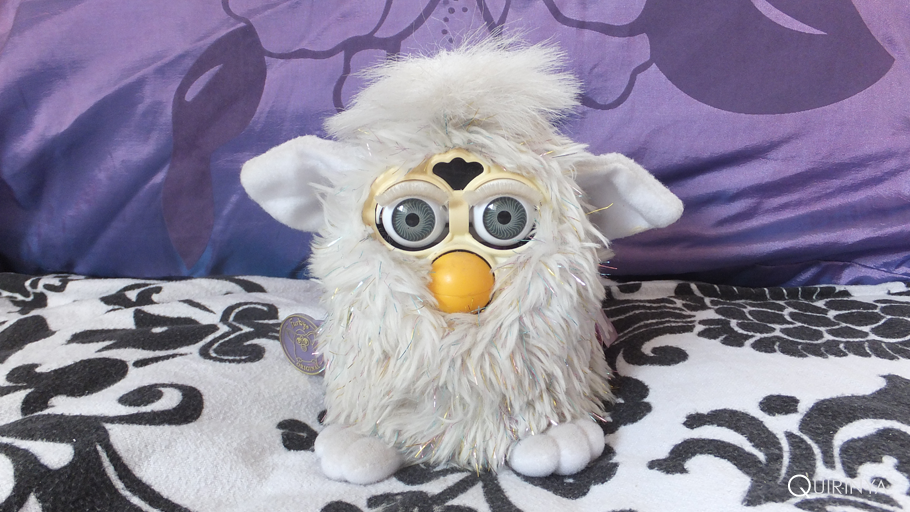 After all these years my old Furby still sits in my room. I took good care of the old Furby, eventhough it spent most of it's years in a big drawer in my room. It has never been broken and even the tag is still on! Unfortunatly I could not stop the white fur from becoming grey (even dusting it off every now and then didn't help) and it's eyes turned yellow (as most white plastic does after a while). Not much I can do about that. Discolored or not, I did try to clean it!

Why did I write this blogpost about Furbies?

Because even after 13 years, I still think a Furby is a funny toy to play with and... My god! A new Furby joined the market!

Without any real intention of buying one of those new Furbies, I did begin to read up on the new Furby. Watching movies of people in America who already owned a new Furby. Wow... Those new Furbies really can do a whole lot more than the old Furbies. It can even change personality these days... To me, that's quite "next level"!

A while ago I was walking through the city with my buddy and I had still not given any thought to actually purchasing a new type Furby. We walked past a big toy store, when he nudged me and said: "Come, lets go play with one of those new Furbies!" I didn't really know what to think of his action, because I know this could not end well. If I turn out to like the Furby I'm playing with, I'm sure I would want to have it!

Too bad... The colour I wanted so badly (completely white, just like my old Furby), was no longer available in the store. But hey...! I was hooked! I really wanted to have that little snowball of joy. So I decided to order a white Furby at the toy store. There was a sale going on and there was a good deal on those Furbies at that moment. Better than anywhere else. So leaving this store and looking around for a store that did have a white Furby seemed out of the question. Luckily it wasn't a problem to order the Furby with the same discount. 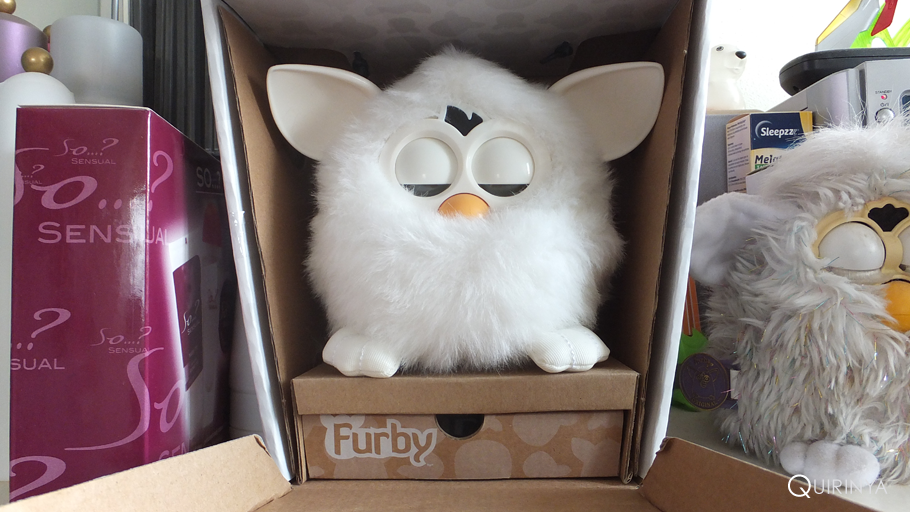 And now it's here in my home! Sitting on it's throne, high and mighty up on my drawers, next to it's buddy Coco! It's always packed in the box. That feels safer and hopefully that also saved it from discoloring as fast as the old Furby did. The new Furby really is a lot bigger than Coco and a lot more fluffy too. Though the fluff might differ because the old Furby is of age. 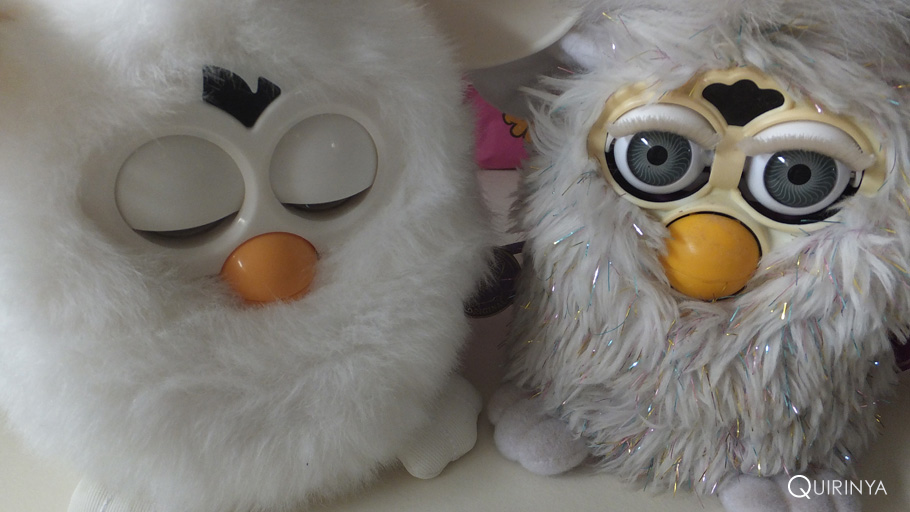 I have placed both furbies face-to-face before. They seem to react on one another, but what they're trying to say to eachother beats me! Though, I could find out in some way with my new Furby. In a really creepy was. Yes, really. This new Furby of mine actually speaks a bit of Dutch. Yeah... No... Seriously, though. Really bad Dutch, but definitly Dutch. The more you use your Furby, the more it's try to learn new sentences. Funny to listen to, but a little creepy aswell! 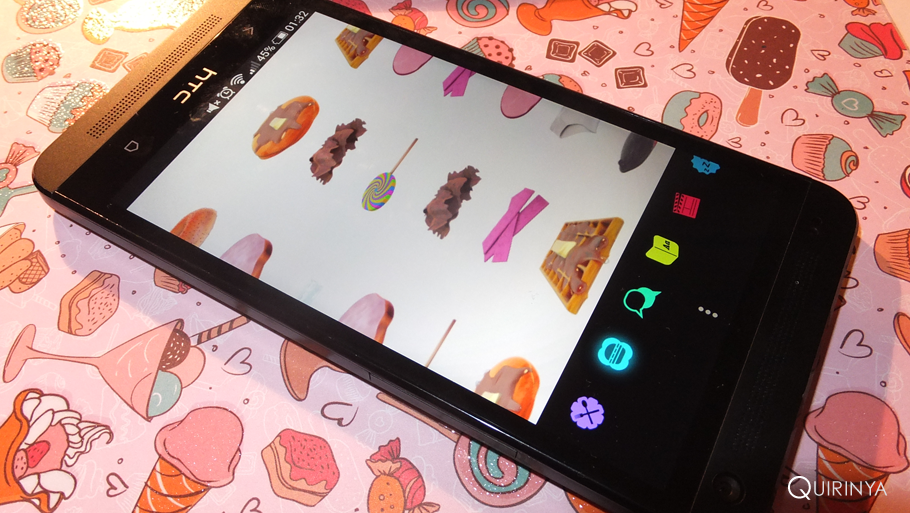 If that doesn't help you to figure out what your Furby wants, you can always grab your iPhone or Android phone and open the "Furby App". This is an app which can record and translate what your Furby is saying. Yeah, could come in handy... But what I really like to use the app for, is to feed my Furby! You can make your own burgers and buns (and loads of other options) for your Furby to eat. You put together whatever you like, aim your phone at the Furby and swipe the food right into it's mouth. Haha! It's rather funny to do this. Too bad it doesn't always work that well, but oh well... Still funny!

Ok, here's a warning for anyone new to these Furbies: treat them well! These new Furbies come with a personality, which means your Furby can actually become "evil". This can happen when you're really mean to your Furby (holding it upside down in the air or shaking it), but also when you feed it too much. That last part is tricky, as your Furby will constantly keep begging and nagging for food. Give your Furby some extra hugs instead of some extra food. That'll surely make it happy aswell! 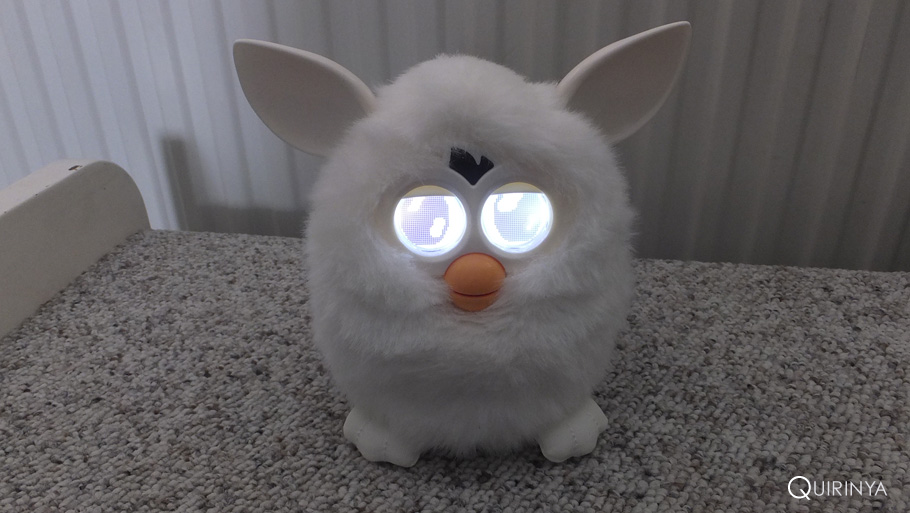 Did your Furby go "evil"? Don't toss it away just yet! It might be a scary experience, but if you try to treat it well again, your Furby will turn back into it's normal self. Even more so, if you keep taking good care of your furby you can even get a Furby that turns extremely happy. That happy Furby is less frightning to experience (yeah, I did get scared of my evil Furby). It's a scary sight to see the Furby change personalities, though. The new Furby starts to dance wildly and it's eyes close half-way and start to blink brightly. It looks like an exorcism! This odd behavior occurs when the Furby switches personalities. Even from good to evil and back to normal.

Eventhough it was really scary to experience this new personality mode, I do consider this Furby a welcome asset and I'll treat it well. 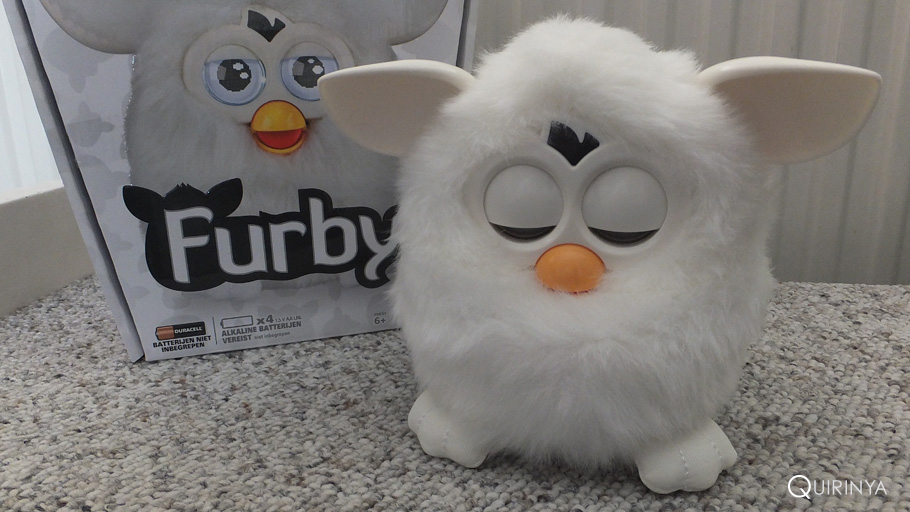 Maybe you've noticed...? This new Furby doesn't have a name yet. The comment system works now, so feel free to suggest names for this little furry snowball of mine! :D